Arequipa is the capital and commercial centre of Peru’s southern highlands. Situated beneath the impressive  El Misti Volcano, and built from volcanic rock (sillar) ‘the white city’ has a remarkable  history and beauty.There is a unique atmosphere in Arequipa that is both fast-paced and yet strangely relaxing.

Without the vibrant high profile tourism of Cusco, there are plenty of  bars, restaurants and attractions to enjoy while you acclimatize. The intriguing Santa Catalina Monastery was founded in the 15th C by a rich widow, nuns entering orders here were almost exclusively the wealthy second daughters of upper class families, who came with a dowry. These wealthy reclusive sisters, worshipped whilst being waited on by servants. Nowadays most of the convent is open to the public and a fascinating place to visit.

The frozen remains of aristocratic Incan children are another curiosity at the Universidad de Catholica. Here you can watch a short documentary and then visit (amongst others) the mysterious Incan teenager the Ice Princess Juanita. She was sacrificed to the  mountain gods after a processional march from the Incan Capital Cusco and only recovered after volcanic activity exposed her remains. At that time, people believed that every mountain was the home of a different god. These deities demanded sacrifices occasionally to prevent natural phenomena such as landslides and storms.

Other attractions include the Santa Teresa Convent & Museum of Colonial Art and the central market.

Arequipa is an excellent introduction to the redspokes Peru Tour and the starting point for our journey to Chivay and the Colca Canyon.

Chivay is a small town with a central square and a lively market. Situated in the Colca valley, it is  the eastern access point for those visiting the Colca Canyon and also a popular weekend destination for Peruvians.

Travelling here along unpaved road to its high point of 4,800km you can see Llamas and Vicuñas - the national animal of Peru. A relation of the Llama and thought to share a common ancestor with the Alpaca, the Vicuna are a protected species. They produce small amounts of very fine wool and have to be captured from the wild to be shorn only once every three years.  Legend has it that that the Inca valued vicuñas highly for their wool, and only royalty were permitted to wear vicuña garments.

Just outside the town are the hot springs of La Calera, offering a restorative soak for cyclists and trekkers.

The Colca Canyon is twice the size of the Grand Canyon and at 3,200m deep is a huge Valley carving out a mind-blowing chunk of space through some beautiful Peruvian countryside It features some spectacular vantage points such as the Cruz del Condor, which is the perfect place to see Colca's famous birds, gliding the early morning thermals searching for food.

Colcas were piles of stones arranged near the tombs of dead relatives containing provisions for the afterlife; thus naming the canyon. The native peoples here have ancient roots pre-dating the Incan civilization, by whom they were peacefully assimilated and are split between the Collaguas , who are roughly based aroundChivay at the east of the canyon and the Cabanas whose women don a riot of colourful garb and who can be seen toward the Cruz Del Condor

Mainly an agricultural region, there are many pre-Incan terraces whose irrigation systems are still used today for crops of potatoes, quinoa, corn, and olluco (a small potato-type thingy Small towns in the valley include Pinchocllo, Madrigal, Lari, Maca, Achoza and Yanque, some of its churches date from colonial days and are well worth a visit.

Famous as the starting point for the Inca Trail  and attracting almost 2 million visitors a year Cusco has a vibrant nightlife and is well accustomed to tourism.  Despite its popularity the city remains an essential part of the Peruvian experience. The unique combination of culture, ancient architecture and toursim make Cusco a destination in which you'll be happy to linger.

The Inca Trail is a mountainous jungle hike leading to the sacred Inca city of Machu Pichu. The trek takes 4 days from the Orubamba river up through mountains, cloud forest and deep jungle to the famous Lost City Of Machu Picchu at daybreak on the final day. We travel back to Cusco by train in the afternoon. The trek  is a rich and rewarding experience.

We grade the trek as moderately difficult, bearing in mind that the highest of its 3 passes ("Dead Woman's Pass") is 4,200m so a modicum of fitness is required. During this part of the trail we are exposed to the Andean elements, first scorching sun, then, closer to the pass, freezing winds. Once at the top we can celebrate having completed the most difficult part of the trail.

The ancient Inca trail combines natural beauty, history and sheer mystery with an awe-inspiring destination. The various ruins along the way serve to heighten the hiker's sense of anticipation as we approach what is surely an archaeological wonder of the world - Machu Picchu and considered by many to be one of the most beautiful places on the Planet.

Lima, The city's climate is temperate with equatorial heat moderated by the Pacific Ocean which sweeps cold currents northward along the coast from the Antarctic, often resulting in a heavy fog, known as garúa.

Lima has a population of 6.4 million people who are spread amongst 33 municipal districts and are 90 percent Mestizo; mixed European and Native American. Lima covers about 390 square miles (1010 sq. km), along the Pacific coast for more than 31 miles (50 km, and extending nearly 25 miles (40 km) inland.

Lima was founded in 1535 by the Spanish colonialist Francisco Pizarro with the old city being based around the Plaza de Armas. An earthquake in 1746 destroyed all of the colonial structures on the plaza, which were rebuilt in subsequent decades.

Lima's cathedral (begun in 1746) faces the plaza and contains a glass coffin said to hold Pizarro's remains. Adjoining the cathedral is the Archbishop's Palace, which features elegant carved-wood balconies typical of Lima's colonial architecture. The imposing city hall of Metropolitan Lima (the province of Lima) is situated across the plaza, and the Government Palace (1938), home to the country's president, occupies the block between the cathedral and the city hall. The presidential palace was built on the site of Pizarro's house.

Machu Picchu 'the lost City of the Incas' was hidden from outsiders by thick forest for centuries until its rediscovery  in 1911. Never discovered by the Conquistadores and subsequent Spanish administrations Machu Picchu's real significance and function can only be guessed at today.

Amongst the proud aura and sublime grandeur of these impressive ruins you can begin to sense the character of the Inca people. The Temples of the Sun and Moon in particular seem to embody more than any other Incan remains the essence of a culture now lost but still resonant today.

The most famous ruins in South America are also the most popular. Tourist crowds can be avoided by arriving early in the morning, preferably after trekking the Inca Trail. You will arrive to see Machu Picchu illuminated by the dawn's first rays of sunshine well before the train loads of tourists arrive from Cusco!

Even with the thronging crowds, with its jewel-like setting and incredible beauty Machu Picchu is an unforgettable highlight of any South American journey.

It is easy to see why this Valley was held as sacred by the Incans; there are few more attractive regions in South America. The Valley can be cycled in a single day, but in doing so, you could miss out on some marvellous oportunities for off-road fun and frolics in this magical place.

The Valley is the food production centre for Cusco. It features the picturesque town of Pisac, famous for its delightful market day where colourful Indians sell a plethora of goods. It is also known for its agricultural terracing and Incan ruins which lie 600m above the town. Leading to the temples and ceremonial baths are some death defyingly steep walkways clinging to the hillside... always good for a laugh!

Ollaytattambo is situated at the bottom of the Sacred Valley and is dominated by steep hillsides. It is one of the few remaining examples of genuine Incan town planning, with many buildings still boasting the original stonework in their foundations. It is dominated by a large fort or temple, (metaphysics and practicality seeming to run through most Incan building) which are constructed from large stones.

It is also the site of a rare Incan victory over the Spanish conquistadores, who were ambushed from the walls of the Valley to devastating effect. Upon their return, Pissaro and his men captured a high-ranking Incan women who was stripped, beaten, whipped and then shot full of arrows before being floated down river to act as a warning... barbaric swines!

There are several key places on our Peru - The Andean Dream cycling holiday. Please choose from the following list for more information on each key place. 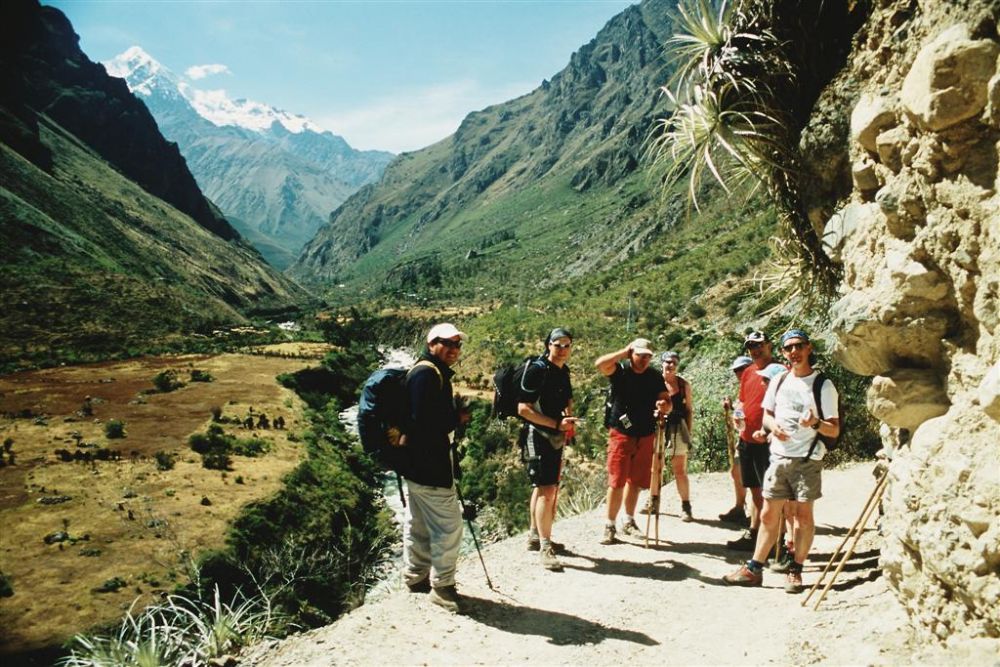 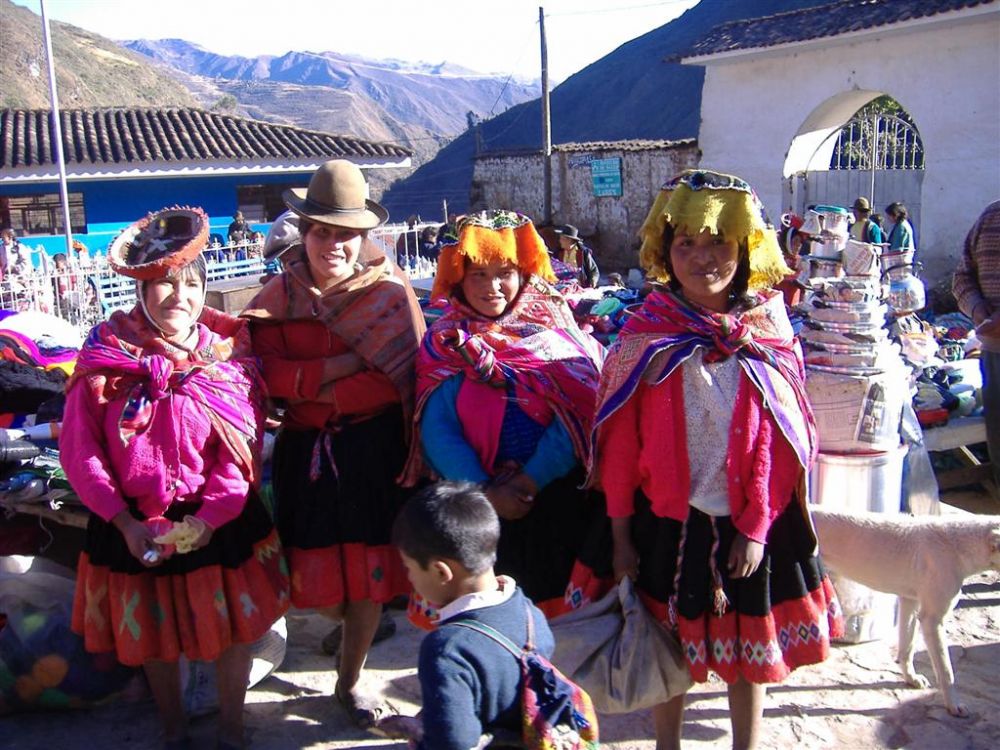 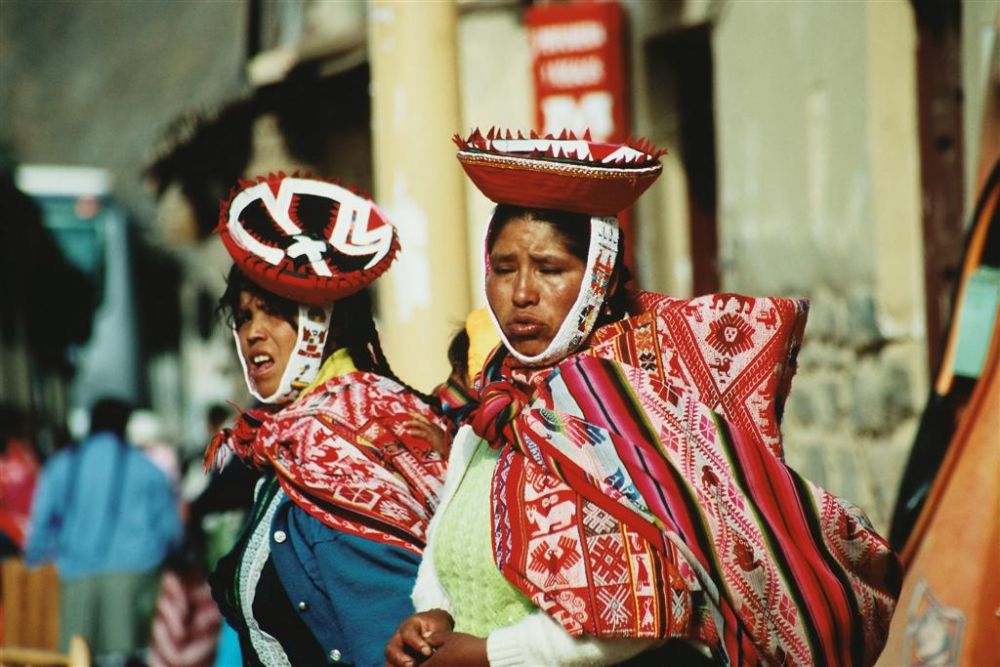 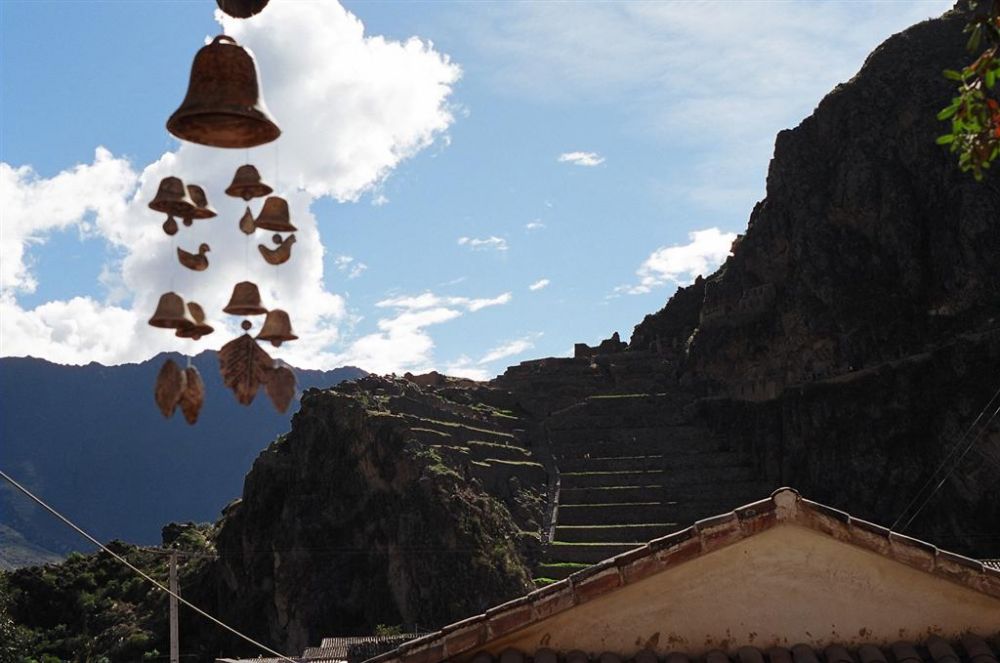 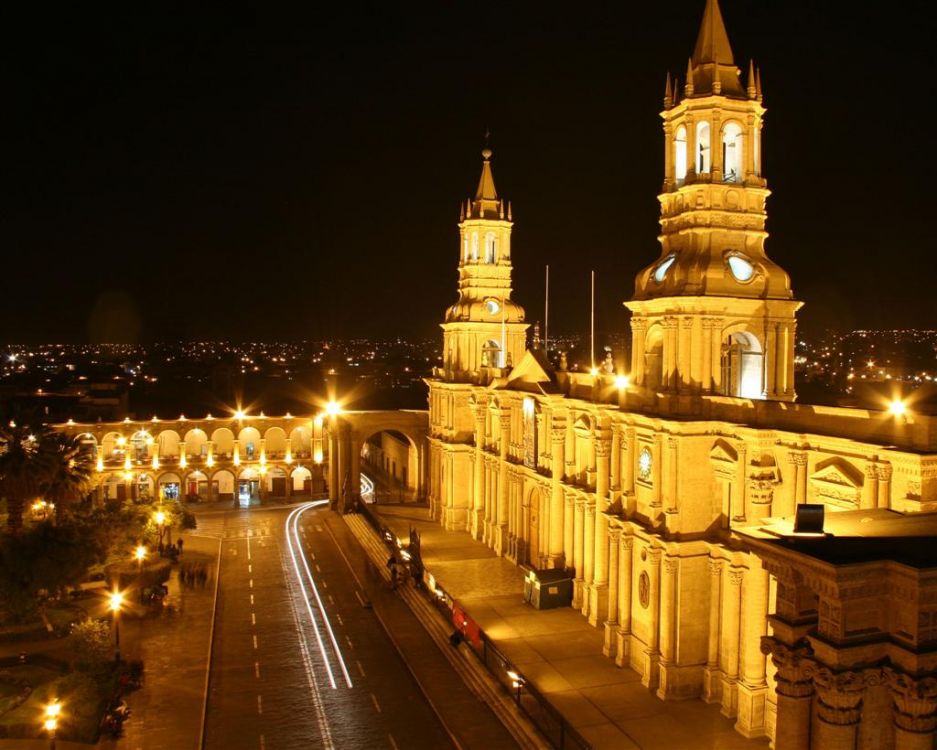 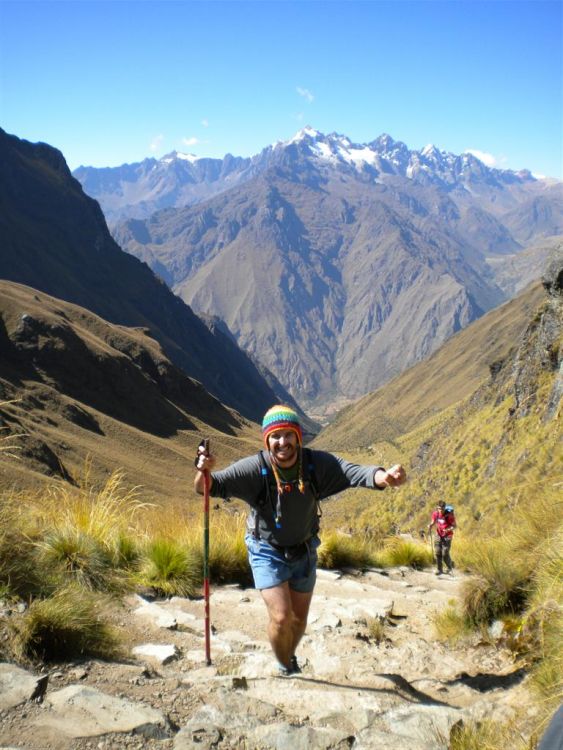 "As a novice I found the tour challenging but was well looked after and encouraged by everyone involved. A great team and a brilliant redspokes tour. Look forward to the..."