Alladale Wilderness Reserve extends over 23,000 acres of the Scottish Highlands. On a clear day from its highest peak, Meall nam Fuaran,  you can see both the Atlantic ocean in one direction and the North Sea in the other. The reserve is part of Glen Alladale glacial valley.

A rewilding project is underway in the reserve to maintain and restore the ancient wild nature of Sutherland through a forest replanting scheme and reintroduction of original Highland plant & animal species. This includes somewhat controversial proposals to release wolves into an enclosed area.  It is currently the largest project of this kind in the UK. The area has long been populated by magnificent red deer who roam the glens and hillsides.

Events hosted within the reserve include hiking and mountain biking, guided ranger tours and fishing or clay pigeon shooting.

Located on the eastern shores of Loch Broom, Ullapool is a distinctive white fishing village designed and built in 1788 by Thomas Telford and the British Fisheries Society. The town is also the terminus for the ferry to Stornaway.  Ullapool is set in a rugged mountains landscape with Bheinn Ghobblach to the west, An Teallach to the south west (both across the loch), Beinn Dearg to the south east close to the head of Loch Broom, and Ben Mhòr na Còigich to the north.

Although a small community of 1500, Ullapool is the largest settlement in the area and an important port and tourist destination. If the weather is good there are many walking routes in the area from coastal routes to inland footpaths. If it is not so good, the town has a beautiful museum based in a Grade A listed former church building, where you can find out more about crofting, fishing, the “klondykers and other local history. There are also many inviting pubs in the town you can retreat to.

The area of Torridon encompasses  Upper Loch Torridon, and regions to the west and north towards  Kinlochewe where you will find some of Scotland's most magnificent mountains.  On the north eastern shore of the upper loch the village of Torridon sprawls along the shoreline. Until the 1950s it was known as Fasag. In the 19th Century the tenants of these communities were badly affected by the clearances at the hands of landowner Colonel McBarnet who’d made his fortune on plantations in the West Indies. In the village you can visit the  National Trust for Scotland's Torridon Countryside Centre and Deer Museum.

Beinn Alligin, Liathach and Beinn Eighe mountains - the Torridon Giants - rise around 1,000 metres from sea level to their peaks amongst a scenery of glens and lochs. There are as many as 46 munros in the area.  Highland cattle and red deer graze the moors. Pine martens or otters can be spotted at the loch side or on the water. These ancient sandstone peaks and lochs create a rugged, raw scenery that is a delight for nature lovers, offering challenging terrain biking and breath-taking scenery.

Wester Ross in the Northwest highlands of Scotland is an area between Loch Carron in the south, Loch Broom and Ullapool in the North,  flanked by Achnasheen to the east.  The area is remote and sparsely populated with just over 6,000 residents spread amongst one town and a sprinkling of villages and smaller settlements.  This is one of the few places in Scotland where ancient remains of the ancient Caledonian forest live on. You can travel great swathes of the area without encountering another soul, as you ride on single track road amidst mountain scenery. The area is subject to sudden and dramatic weather changes so be prepared.

Loch Maree  in the heart of Wester Ross, one of the most beautiful lochs in Scotland, rich in history and a wildlife oasis. The 20km long loch is the fourth largest freshwater loch in Scotland. Loch Maree contains five large wooded islands and over 25 smaller ones, many of which have their own lakelets. 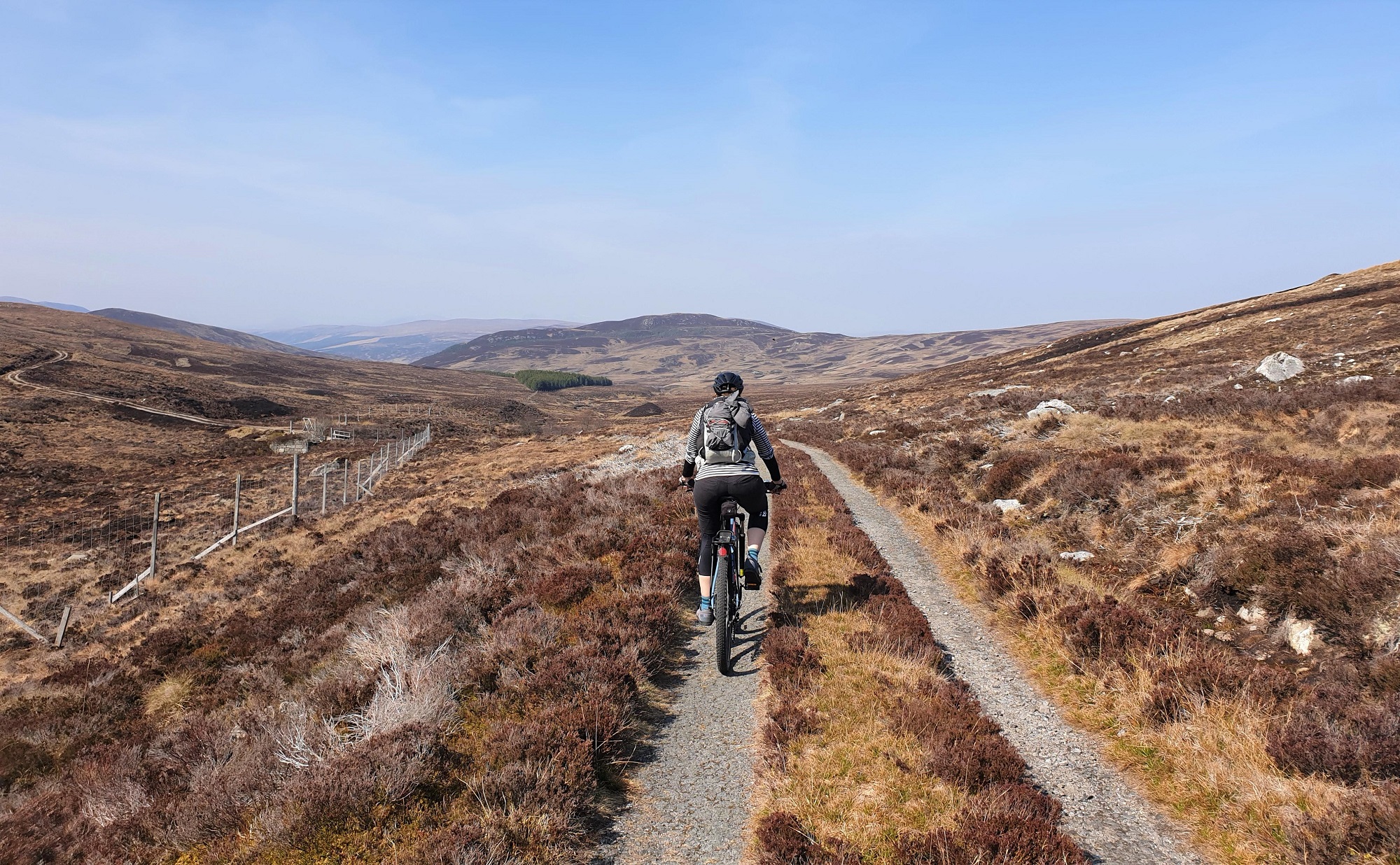