Bishkek is a city characterised by bazaars, leafy parks, Soviet era statues and monuments. Ala-Too Square is a concrete central city square formerly 'Lenin square' is the scene both of frequent political demonstrations and cultural festivals. City landmarks include the State Historical Museum a three floor museum featuring seasonal exhibits, Soviet-era material and the history and culture of the Kyrgyz people. The M Frunze Museum was the home of General Mikhail Frunze, the World War I and civil war general born in Bishkek. The city bore his name until it was renamed after independence. The museum has photos and displays from the Slavic era. The Osh Bazaar is Bishkek's principal food market. From fresh sheep's heads to Korean pickled salad, and a variety of Kyrgyz snacks you will find a whole host of products on sale especially in spring and summer when local farms have their produce on sale.

Karakol is the fourth largest city in Kyrgyzstan. Located at the eastern tip of Lake Issyk-Kul it is a major tourist destination for those heading into the area for hiking trekking skiing and mountaineering.

In Karakol centre there are a few historic buildings of interest such as an impressive wooden mosque, built entirely without nails by Chinese artisans for the local Dungans between 1907 and 1910 and equally engaging, a wooden Russian orthodox church.

There is a regional museum exhibiting Issyk Kul Lake petroglyphs, Scythian bronze artefacts, and a short history of the geology and mineral excavation in the area.

Known in Kyrgyzstan as 'pearl of the Tien Shan' Lake Issyk-Kul is classified as one of fewer than 20 ancient lakes in the world and estimated to have been in existence for 25 million years. 180 km long and 60km wide it covers an area of 6,236 square km and is the world's second largest high altitude lake after Lake Titicaca. As it has mild salinity it never freezes.

The Teskey Ala-Too Range of the Tien Shan Mountains runs along the Southern shore and the Kyungey Ala-Too of the Tian Shan runs parallel to the north shore. The Lake was a stopping point for traders following the ancient Silk Road from the Far East to Europe and, it is thought that Issyk Kul may have been the source of the Black Death when travelling merchants unknowingly transported infected vermin amongst their wares. Archaeologists have discovered the remains of a 2500-year-old advanced civilization at the bottom of the Lake

The lake is a popular tourist spot in summer and there are many warm, sandy beaches, and thermal mineral radon springs around the lake. The surrounding area is alpine meadow, coniferous forest with an imposing backdrop of peaks and glaciers.

After Issyk Kul Lake, the alpine Son Kul is Kyrgyzstan's second largest lake and the largest fresh water lake in the country. Its name, meaning "following lake", is generally thought to reflect this.

Surrounded by summer pastures and mountains in its remote splendour it is considered an area of outstanding natural beauty. The surrounding area is a treeless plain but hosts a rich variety of fauna and flora from herbs (such as chamomile, sagebrush, lichen, friar's cap and golden root) many of which are reputed to have healing properties. There is an abundance of flowers in springtime, in particular Edelweiss. As many as 66 different species of waterfowl live on the shores of the lake - about two thirds of all the varieties found in Kyrgyzstan.

Visitors to the area are hosted by local herders who rent out yurts and provide provisions from June to September.

There are several key places on our Kyrgyzstan - The Shepherd's Way cycling holiday. Please choose from the following list for more information on each key place. 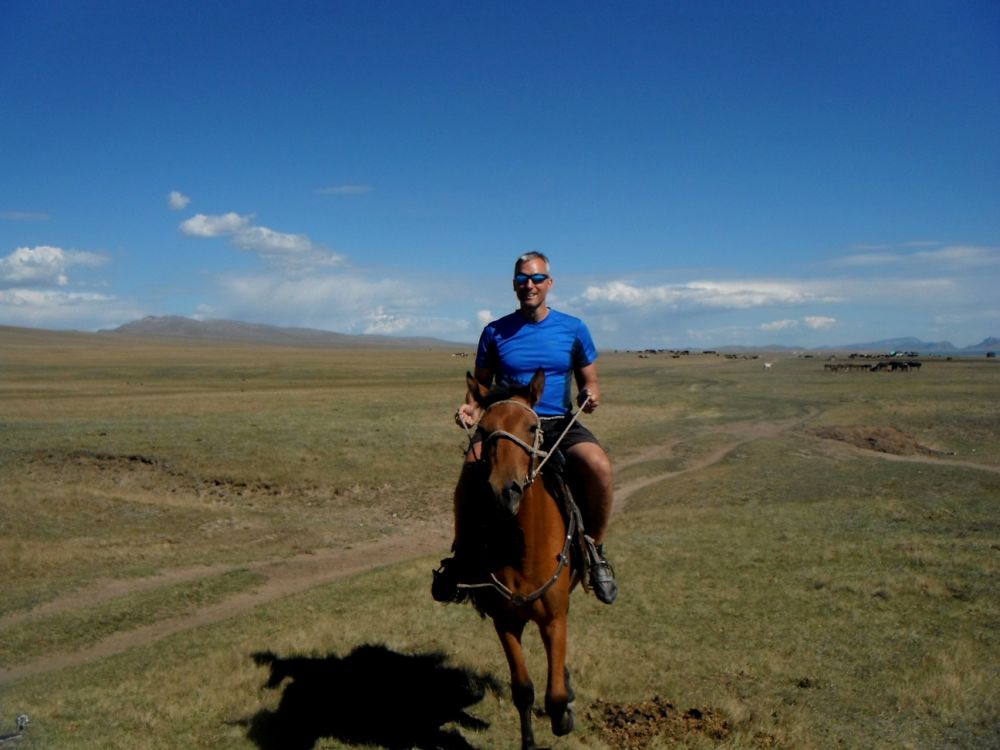 "A fantastic adventure in an amazing country. The tour took us through a varied environment of the dry rocky lowlands to the lush green of the higher mountains. It was..."