redspokes Colombia cycle tour begins in Medellin. Flights usually depart from Europe in the morning, arriving in the early evening (same day) and are available at around £950 - £1,100. You'll be arriving in Colombia at an altitude of approximately 1500m. You will be met at the airport and transferred to our joining hotel.

On Sundays from 8 am until 2 pm certain main streets of Bogotá, Cali, Medellín and other municipalities are closed to cars and designated as 'ciclovia': available for the exclusive use of runners, skaters, and bicyclists. At the same time, stages are set up in city parks for music, yoga and other recreational events. This morning we will sort our bikes out in good time then join the locals in a bike ride around city.

This afternoon we take a guided city tour, including a cable car ride over the barrios. Medellin the 'city of eternal Spring' is set in the narrow Aburrá valley surrounded by dramatic mountains. The city's towering buildings reach for the skies. Now known for textiles and flower exports the city has had a colourful past. It is well set up for visitors to explore with a modern metro. Attractions include art galleries museums, churches, beautiful open spaces and a vibrant night life.

Now we've had time to sight see and acclimatise, our cycling in Colombia begins. Colombia is a terrain ideally suited to cyclists who love hills and we set off on the bikes cycling uphill for the first 15km. The rest of our day will be a downhill journey all the way to Santa Fe De Antioquia as we drop to 509m over a distance of approximately 46km. Santa Fe De Antioquia, a former gold mining town, is the capital of Antioquia within the Central Cordillera of the Andes; the town is built along the banks of the Rio Cauca.

The town's narrow streets are characterised by colonial architecture: the whitewashed buildings are often built around courtyards with intricately carved woodwork framing the windows and doorways. There are artisan crafts and jewellery on sale and the local specialty 'pulpo de tamarindo'; a sweet/sour confectionary made from locally grown tamarind.

We drop south today beginning with a short vehicle transfer to Caicedo. From here we begin cycling towards the coffee market town Concordia riding through a beautiful area as we continue our Colombian cycling adventure tour. From Caicedo we set off riding uphill for 15km before dropping down over the ridge descending for the next 20km. We continue cycling on relatively flat road for the rest of the day.

Today we continue riding through a picturesque rural landscape where agriculture and livestock are the predominant local economic forces. We travel gradually upward over undulating road along mountain ridge with a number of rises and falls. La Pintada now depends heavily on cattle production. In the past, before extensive deforestation, the surrounding area was a tropical dry forest ideal for Howler Monkeys.

We continue cycling along mountain ridges through the lush green mountains that characterise the Colombian countryside. The first 12km of today's route are a relatively flat stretch of road. We then begin riding a steady upward climb for the next 15km followed by a short 2km drop before we climb again along the road that takes us to Aguadas. Set on the edge of the Caldas Mountains at the Northern end of the Caldas region, Aguadas is a 19th C town known as the 'city of mists'. It is a typical traditional village, preserving the customs of the Paisa people in the landscape, architecture and folklore. You will receive a traditional warm welcome.

Continuing south to Salamina we have a series of ascents and descents today, dropping downhill out of Aguadas for the first 12 km. Then it’s a fairly  steep uphill 8km followed by a 15km downhill. We have a final climb up to Salamina of 15km. We need to take care along this rolling, winding road as it snakes towards Salamina.

We have a day off the bikes on the Colombia tour today to recover from the challenges of our journey so far. Salamina is perched high up in the mountains. The town's European architectural influences include an English designed cathedral and a Parisian fountain in the plaza. Salamina's museum, the Casa Cultura, houses a collection of photographs and other local artefacts. Salamina is known as the "city of light" because it has produced many of Caldas' poets, musicians, actors and writers. It is also known as "Mother of Nations" because it was one of the centres from which the founders and first settlers of Neira, Aranzazu, Manizales, Santa Rosa de Cabal, Pereira and Armenia migrated. Salamina's economy is based on coffee, livestock and dairy.

We tackle another series of up and down stretches of road today first cycling 52km to Neira. After a brief incline out of Salamina we drop for 9km, before a 12km ride uphill to the highest point of the day at over 2000m. We then drop down to 1,400m over the next 12km. Then its 8km up over the next peak and down before the final uphill cycle, broken by a brief drop, before the last 10km steep stretch to Neira. Neira is a quiet rural town with views of the curving mountains as far as the eye can see, thick forestation and the odd dwelling dotted here and there. There are many cattle ranches in the surrounding area. It is characterised by nostalgic guadua bamboo architecture. Guadua groves have been growing in Colombia for centuries, the wood is a natural construction resource used in a variety of buildings and bridges and known as 'vegetable steel'.

We ride on another undulating 28km to reach Manizales. Attractions include the gold museum and the Cathedral which is the third tallest in Latin America, at 113 meters. Manizales, the principal city of the Caldas region, is known as the 'city of the open door' because of its friendly inhabitants. The area enjoys great climactic diversity with 8 microclimates.

From the heart of Columbia's coffee producing area, we set off this morning with steely determination to cycle the Altro de Letras; reputedly the world's longest road! As our momentous mountain climb begins, remember that the support vehicle is nearby should you need it. We have a 27km uphill cycle to begin, with the briefest of drops at around 9km before the challenge continues.  The Los Nevados National Park is a short distance south of us and we are in beautiful terrain.

Our highpoint of the day is 3,679m, from here we drop for 3km before another climb of 2km. You've now cycled up the toughest stretch of today's route so the rest will seem a push over! We drop for around 16km before another short 2km climb. Then it's around 2km of downhill riding, a further 5km of up and down and finally for those still on the bikes we can take it easy, cycling downhill for 8km into Padua. Padua is a picturesque town and a popular holiday destination. The second challenge of the day is that we have limited options available for accommodation and our quarters this evening will be of a simple standard.

Riding uphill out of Padua for about 1km we then enjoy a downhill dramatic cycle for the next 10km. For the next 21km we are cycling undulating road riding gradually uphill. We have a gentle 5km climb followed by a further relatively flat stretch of 5km. We ride up over a peak and downhill for 5km, before a fairly steep 6km uphill again. After a 2km gentle incline its uphill one last time  for the final cycle of 6km into Manzanares.

Leaving Manzanares we cycle uphill for a few km before our next descent of the day of around 3km. Then it's a short burst up again before another drop of around 9km. We then have 5km of fairly flat cycling terrain before we begin a gentle climb for the last few km of riding to Marquetalia. We continue this afternoon with a steady downhill to Victoria with some fairly gentle climbs compared to the cycling challenges you've faced in past few days of the tour. Victoria has an ancient history and is a pretty town with a strong equine culture.

We cycle today further toward Bogota, following an undulating route that passes through San Sebastian de Mariquita town. The ride begins with a 7km downhill cycle, we continue for the rest of the day on undulating road. There are several important Spanish settlements in the surrounding area. We continue cycling an inclining route for the last 21km. We then have a short vehicle transfer to reach Cambao our stop for the night. We stay in a beautiful location over looking Los Nevados National Park.

Day 13: Beyond Cambao  to Bogotá

This morning with the bikes packed up, we transfer to Bogota. Once we've checked into our hotel you'll have plenty of time to enjoy the highlights of Colombia's popular, vibrant capital city. There's so much to choose from, with numerous art galleries and museums, the botanical garden José Celestino Mutis, La Quinta de Bolivar, the national observatory, the planetarium, and La Candelaria (the historical district of the city). The city has numerous green parks and a short distance away is the salt cathedral. For those wishing to extend their stay we can assist with arranging extra nights for you.

The redspokes Medellin to Bogota cycle tour officially ends this morning. We will arrange a free transfer from the hotel to the airport for your international flight home. 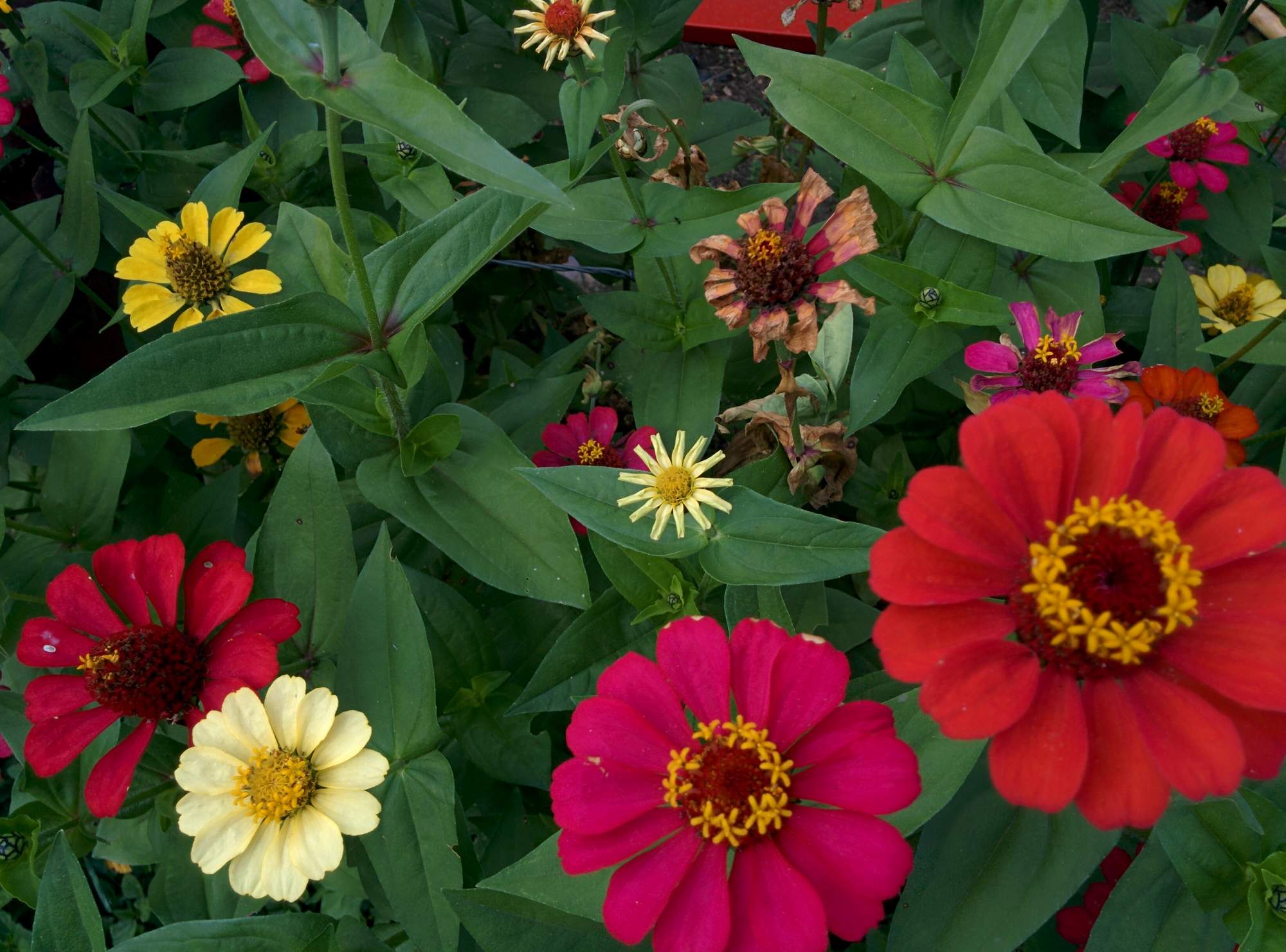 "The trip was magical and the Colombian people were so friendly and welcoming. The whole redspokes team were just brilliant and went above and beyond to make it such a..."