Lochinver, in the Assynt district of Sutherland sits amidst a spectacular scenery of dramatic high cliffs, waterfalls and hills. The Assynt Hills are reported to be the oldest in Britain and contain some of the great mountains of the north such as Suilven, Canisp, Quinag and Ben More Assynt.

Lochinver is Scotland’s’ second largest fishing port, a key industry to the local community.   In the 1990s the harbour area was rebuilt and developed.

The village is situated where the River Inver flows into the loch with dramatic views back across to Suilven’s peak and is a popular destination for hill walkers’, climbers and nature lovers. Local Birdlife includes the curlew, oyster catcher and hooded crow.

The rolling landscapes of the Black Isle peninsula make a distinct contrast to the craggy mountains of North West Scotland. The Black Isle was once covered in dense forest. The population of the area is around 12,000. This watery headland is surrounded by the Cromarty Firth to the north the Beauly Firth to the south and the Moray Firth to the east (famous for its resident pod of Bottlenose dolphins which can be most easily seen from Chanonry Point between Fortrose and Rosemarkie).

The Black Isle was one of the first areas of the highlands to experience the clearances. The area had its own dialect used mainly by the fishing communities this died along with its last native speaker Boggy Hogg in 2012.

The area of Torridon encompasses  Upper Loch Torridon, and regions to the west and north towards  Kinlochewe where you will find some of Scotland's most magnificent mountains.  On the north eastern shore of the upper loch the village of Torridon sprawls along the shoreline. Until the 1950s it was known as Fasag. In the 19th Century the tenants of these communities were badly affected by the clearances at the hands of landowner Colonel McBarnet who’d made his fortune on plantations in the West Indies. In the village you can visit the  National Trust for Scotland's Torridon Countryside Centre and Deer Museum.

Beinn Alligin, Liathach and Beinn Eighe mountains - the Torridon Giants - rise around 1,000 metres from sea level to their peaks amongst a scenery of glens and lochs. There are as many as 46 munros in the area.  Highland cattle and red deer graze the moors. Pine martens or otters can be spotted at the loch side or on the water. These ancient sandstone peaks and lochs create a rugged, raw scenery that is a delight for nature lovers, offering challenging terrain biking and breath-taking scenery.

Wester Ross in the Northwest highlands of Scotland is an area between Loch Carron in the south, Loch Broom and Ullapool in the North,  flanked by Achnasheen to the east.  The area is remote and sparsely populated with just over 6,000 residents spread amongst one town and a sprinkling of villages and smaller settlements.  This is one of the few places in Scotland where ancient remains of the ancient Caledonian forest live on. You can travel great swathes of the area without encountering another soul, as you ride on single track road amidst mountain scenery. The area is subject to sudden and dramatic weather changes so be prepared.

Loch Maree  in the heart of Wester Ross, one of the most beautiful lochs in Scotland, rich in history and a wildlife oasis. The 20km long loch is the fourth largest freshwater loch in Scotland. Loch Maree contains five large wooded islands and over 25 smaller ones, many of which have their own lakelets.

There are several key places on our The Wild West cycling holiday. Please choose from the following list for more information on each key place. 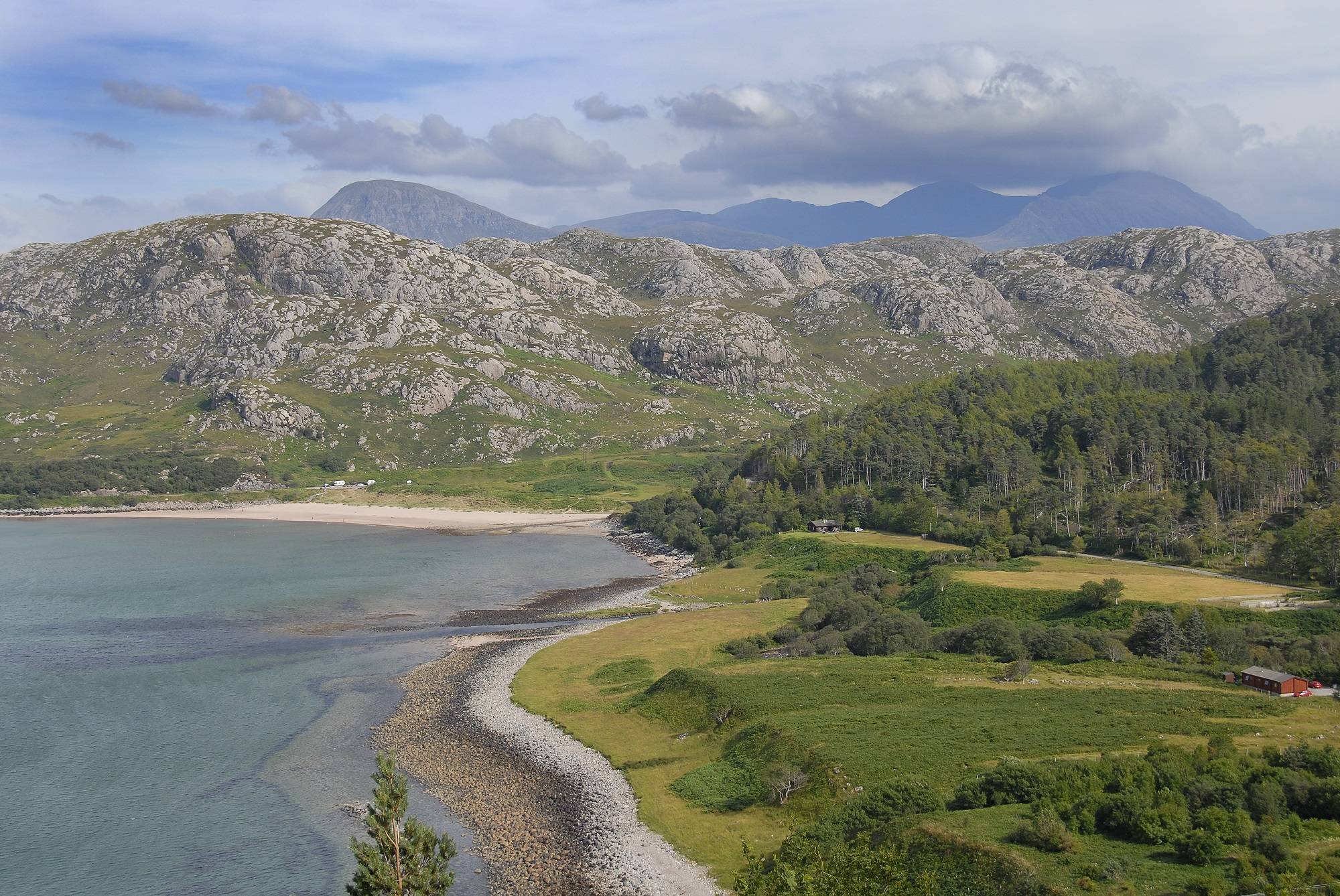 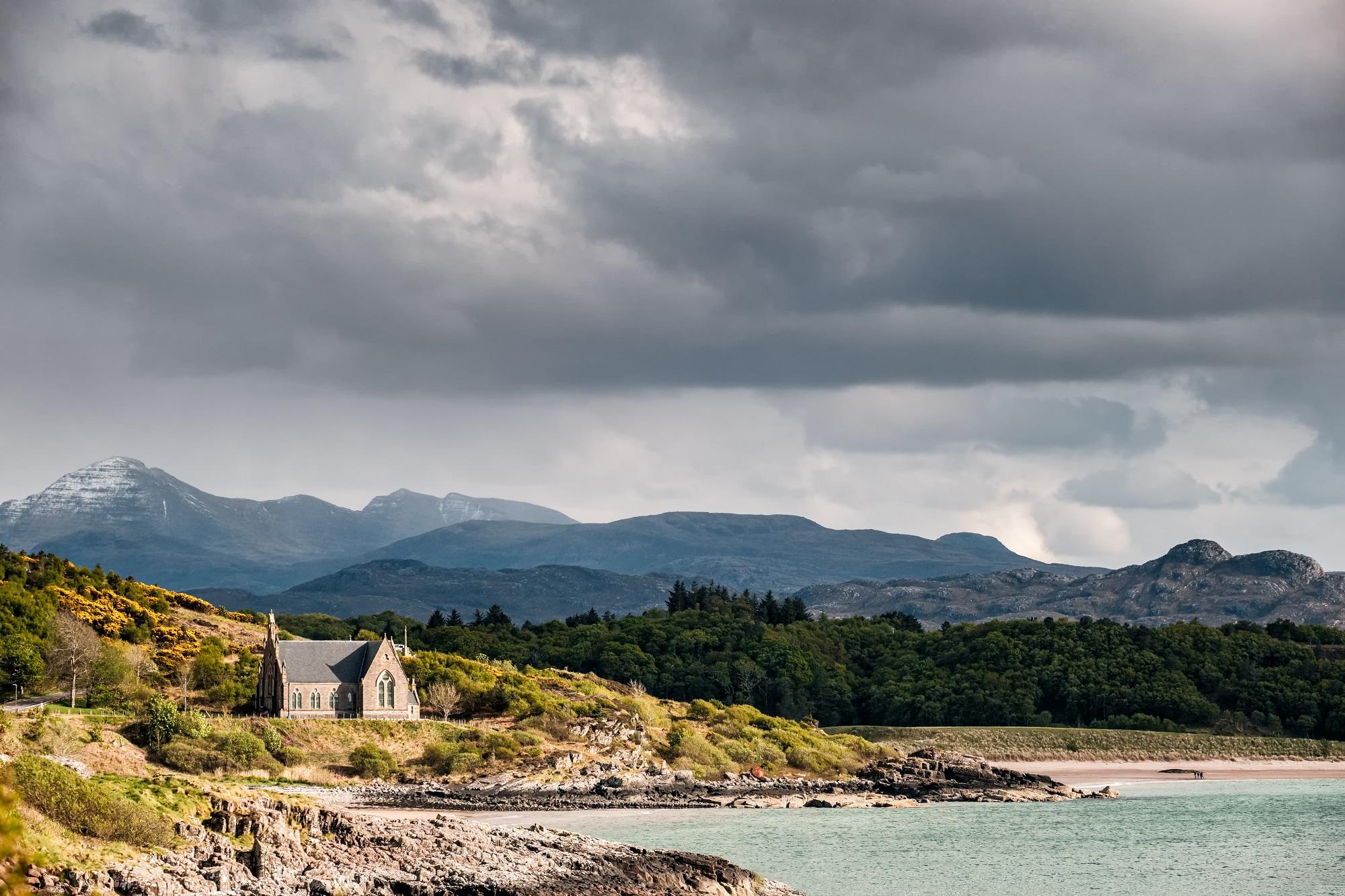 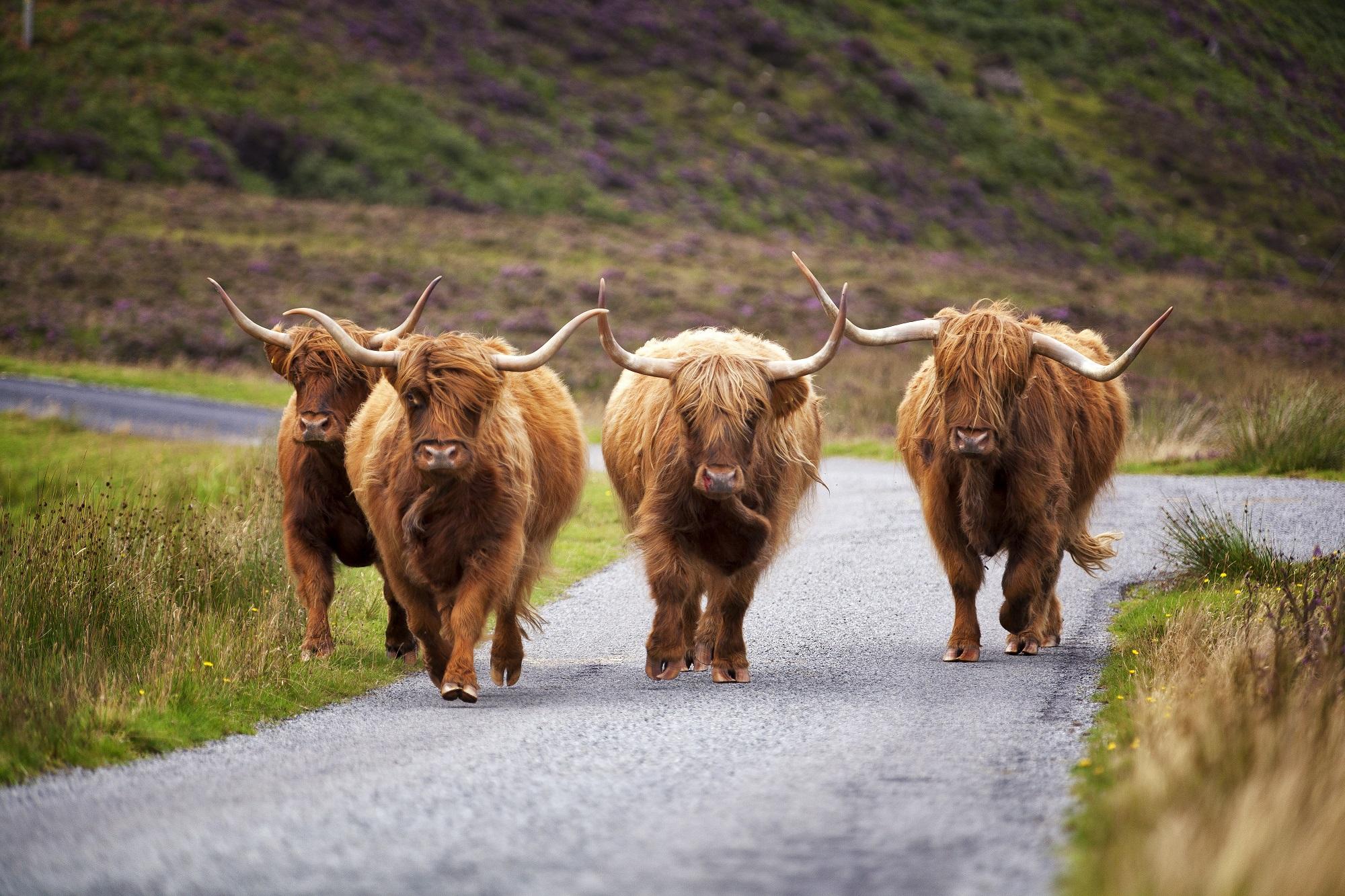 "This is a new tour for 2020, we do not have any testimonials just yet. We recommend that you view our customer testimonials for our other cycling holidays to get a..."