The name Shangri-La is nowadays equated with any earthly paradise, referencing the fictional place created by British writer James Hilton in his 1933 novel Lost Horizon .  A mystical, harmonious valley in the western end of the Kunlun Mountain range. The people who live in the fabled Shangri-La are almost immortal, only aging very slowly over time.  In ancient Tibetan scriptures, seven such utopian places are cited.

Some scholars believe that the Shangri-La story owes a literary debt to the Shambala mythical kingdom in Tibetan Bhuddism, sought after by Eastern and Western explorers. Shangri-La is most often cited to be in northwestern Yunnan Province, China and in 2001 Zhongdian was renamed as Shangri-La in to promote tourism. The original Tibetan population previously referred to this place by its traditional name Gyalthang

There are many wonders to behold in Zhongdian:

The town has two distinct areas: a larger modern part and the old quarter. A fire in 2014 destroyed much of the old town but cobbled streets and traditional wooden houses remain intact.

Ganden Sumtseling Gompa ( a mini Potala palace) is just north of the town. In the Old Town you will find Guīshān Sì Buddhist temple, home to a small community of monks who conduct daily morning prayers. Right beside it is  Zhùangjīn Tǒng  Right beside the temple you will find the world’s biggest prayer wheel. At 21m high, within it are 100,000 smaller prayer wheels, no less six people are needed to make it turn.

Bǎijī Sì temple offers the best views over Shangri-la, chickens cluck around it on the hillside which you can walk to along the narrow paths behind the town.

A taxi ride (or cycle) away is the Tiānshēng Bridge. Local Tibetans believe that the sulphur-rich water has natural restorative healing powers. There is a swimming pool and a natural sauna (within a cave) with male and female areas.

There are several key places on our China - Yunnan cycling holiday. Please choose from the following list for more information on each key place. 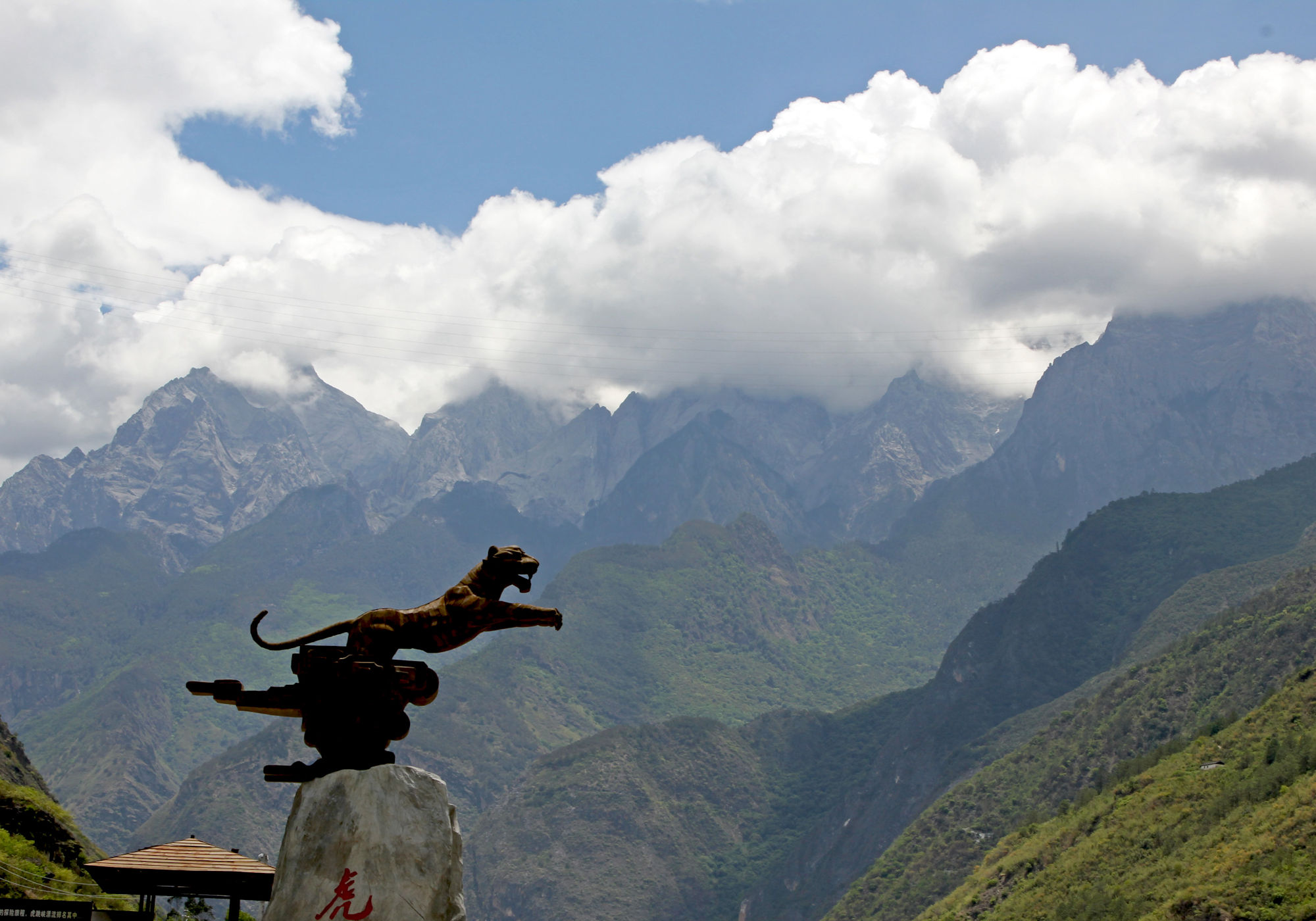 "Great adventure- fantastic guide - super experience- I am ready for the next one - Let's pack the bikes - Braam...."